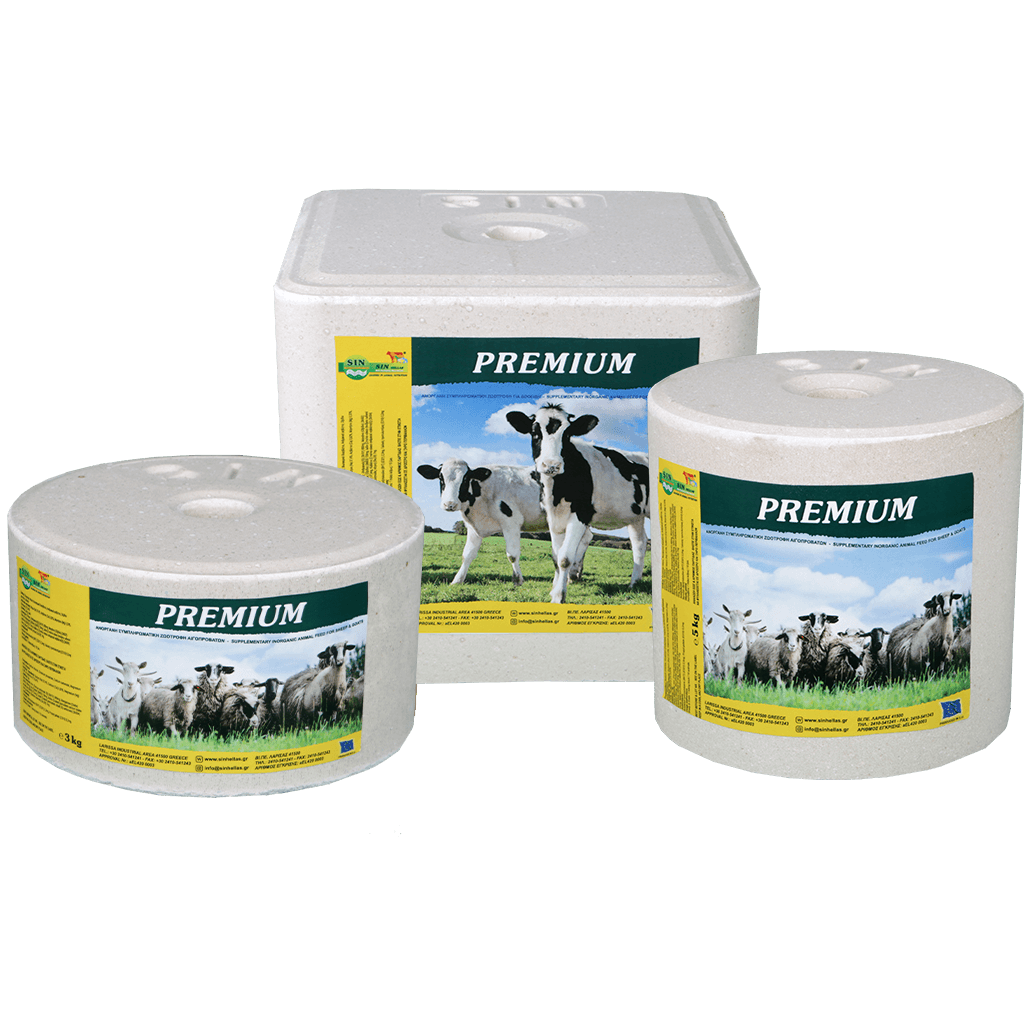 Minerals,Salt and Trace Elements are very important for animal's daily diet in order to achieve best production and health results.PREMIUM enriches the animal's daily ratio with salt,trace elements and the most important Minerals,as Phosphor,Magnesium and Calcium,which significantly contribute to the milk and meat production increasement,as well as to the improvement of animal's health and preventation of diseases.

chief metabolic functions in the animal bodies and is also essential for muscle activity, skeleton, blood clotting, nerve transmission and dynamics of enzyme function. Calcium metabolism at calving is one of the most important animal health factors influencing the production, reproduction and feed conversion efficiency as it plays a major role in the absorption of nutrients (modification of the cell permeability). 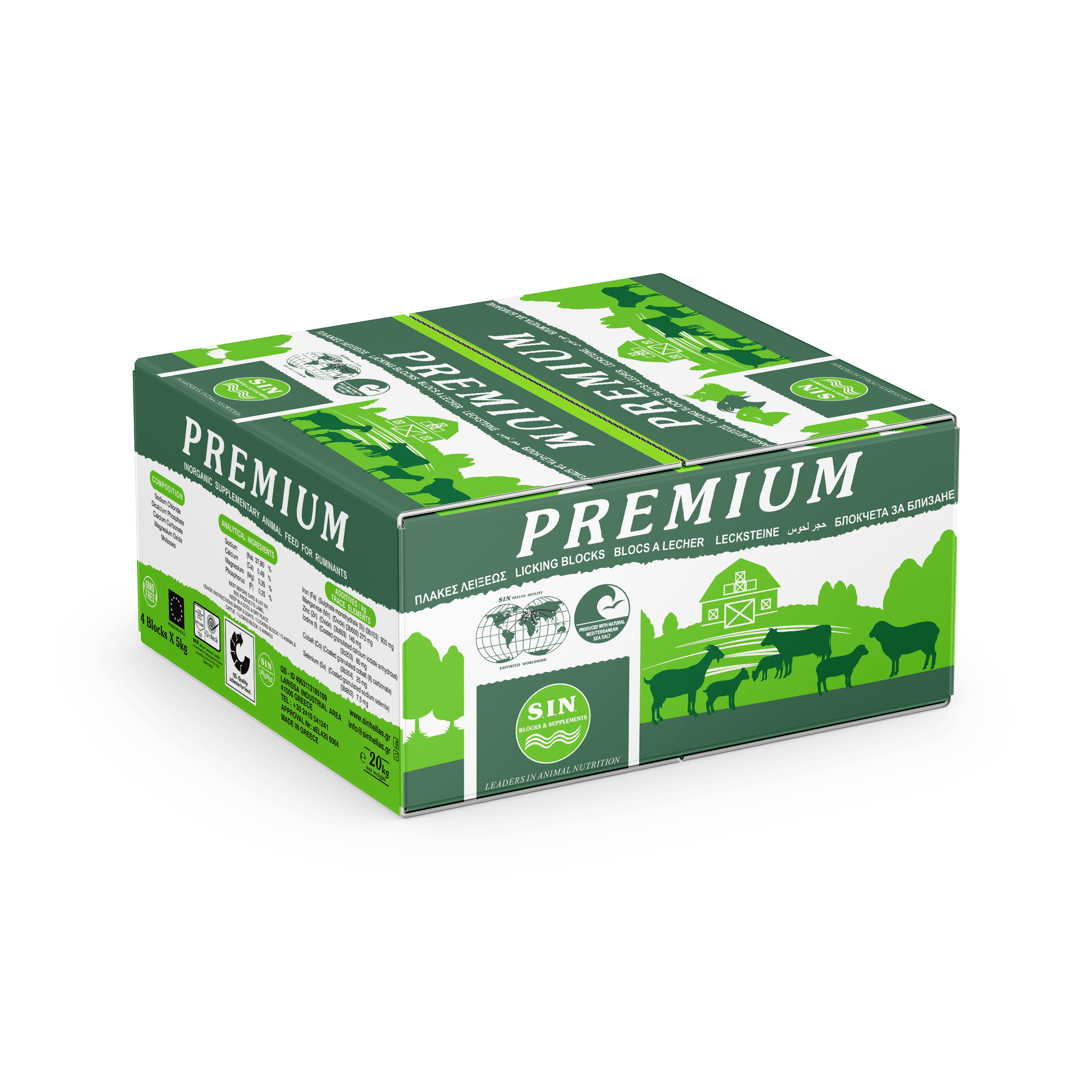