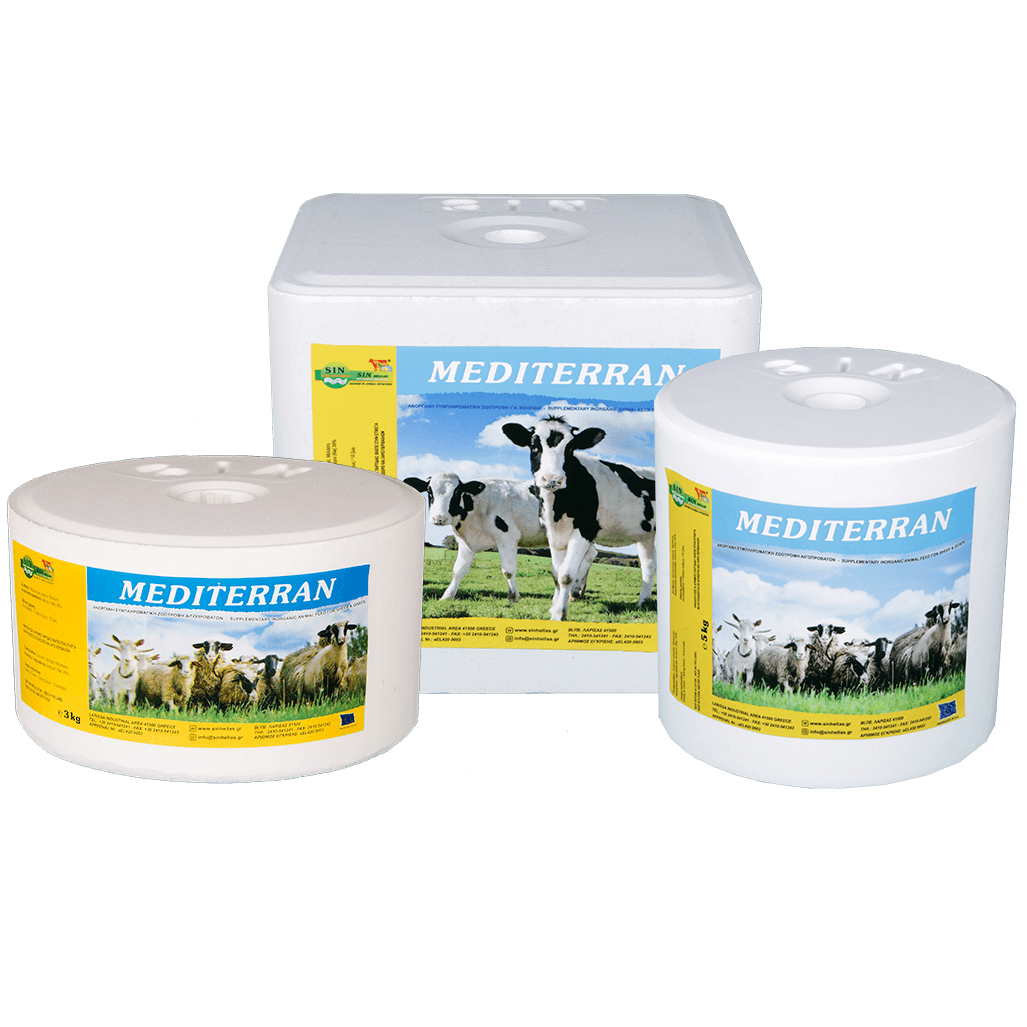 Enriches the animal's daily ratio in Na,which are necessary as buffler regulation of acid base balance of ruminant.Deficiency of Na can lead to reduced feed intake and depressed production.Thus MEDITERRAN offers a great help to animal's productivity.

1The Role of Salt in animals' Nutrition

2How can we know,how much salt animals need?
So, the animals guided by nature, instinctively search for salt, but in most of the cases they cannot find it easily. Although salt is usually added to the daily ratio, it is very important that the animal has additional free access to salt so it can cover its individual salt needs in a free will way, for this reason, we people have created the perfect solution for covering all animals salt needs in the safest and most efficient way: we have invented the SALT LICKING BLOCKS which act as a FREE ACCESS AND FREE WILL SALT SUPPLY and we let the animals choose to intake as much as they need by themselves. 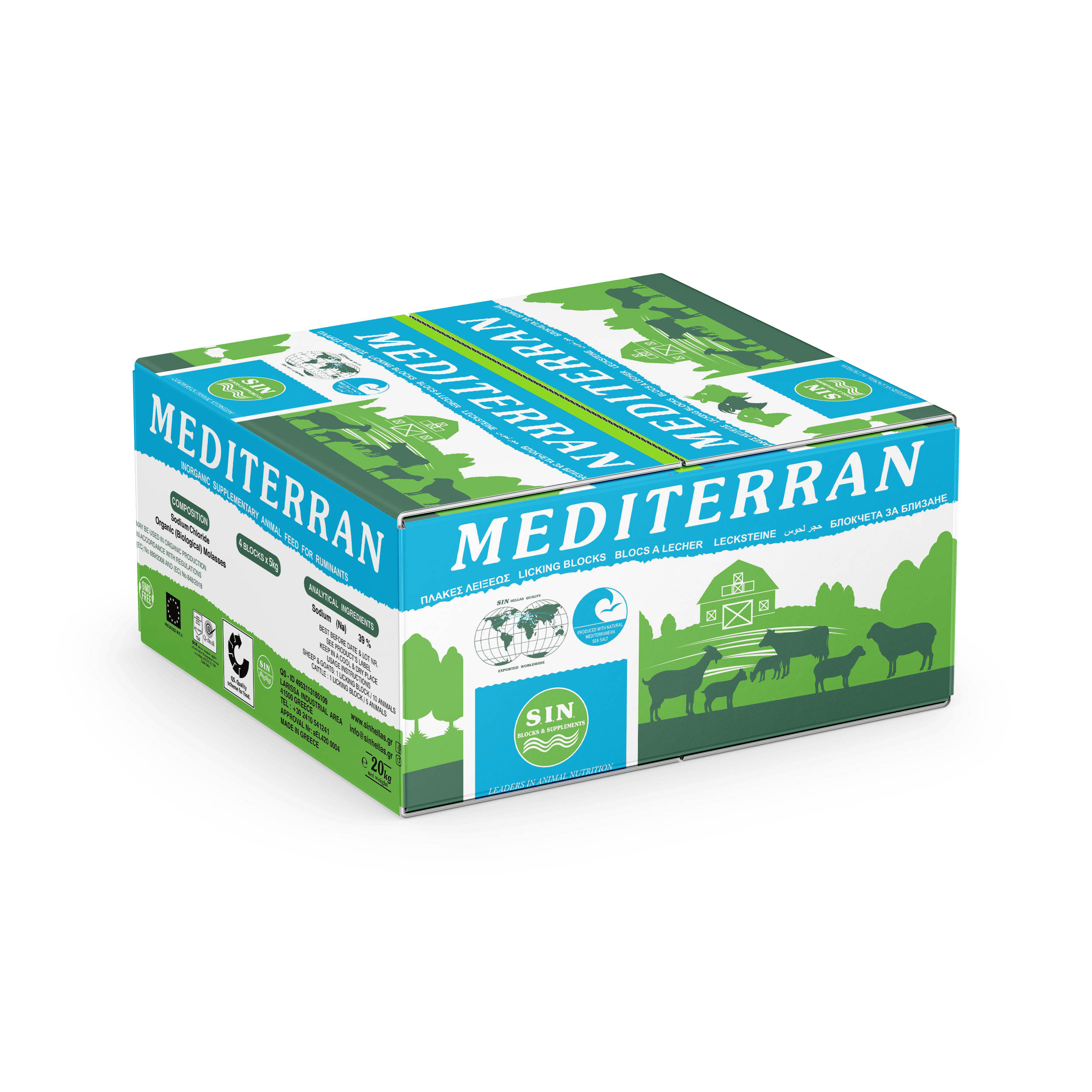